← more from
Heilo Records
Get fresh music recommendations delivered to your inbox every Friday. 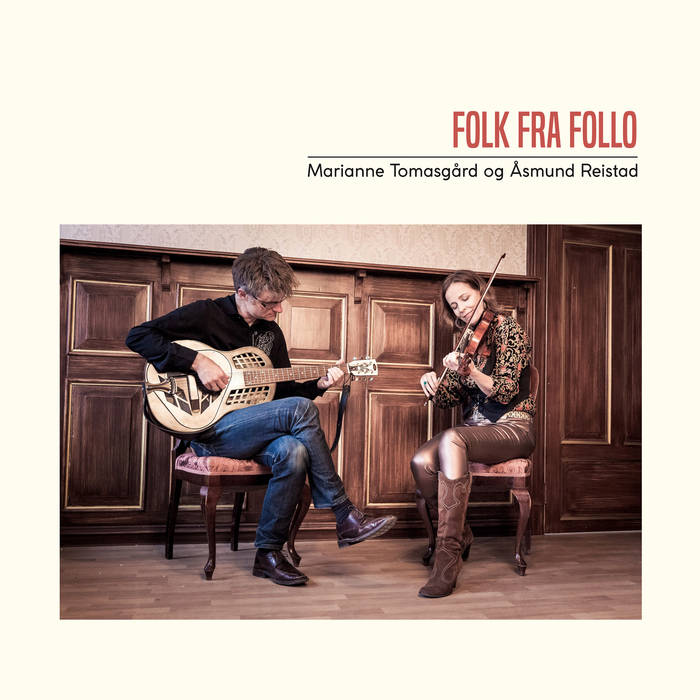 Fiddle player Marianne Tomasgård and guitar player Åsmund Reistad are now introducing an infrequent tradition of Norwegian folk music on their new album, Folk fra Follo. Over many years, the duo has specialized in interpreting old sheet music from villages in the districts Østfold and Akershus in Norway. On this release, the two musicians show us the beautiful and exciting, but almost forgotten dance music from these districts. There are not many recordings of the traditional music from Østfold and Akershus, which makes this album rare, unique, and not least important for the continuation of this tradition.

Folk fra Follo conveys a local cultural tradition that not many people, even in Norway, are familiar with. In regions where the fiddler traditions stood strong, the tunes was often learned orally through generations. That has been less common in Østfold and Akershus. In addition, there are relatively few recordings of fiddlers from these places. Fortunately, some knowledgeable musicians (ca. Between 1750 and 1960) noticed that the old tunes were about to disappear, and therefore immortalized them by writing them down as notes. The tunes you hear on this album are melodies from such old sheet music that belonged to different musicians and collectors.

Although both Østfold and Akershus share the traditional criteria of folk music to a large extent, it also contains more. In these regions, there was a diversity of both farming communities, shipping, the military, and industry who lived side by side for several hundred years, which probably influenced the traditions of music and dancing. Through the fiddler´s scores, we also get insight into what people were dancing in the past, both in the upper social classes and the lower ones. The upper class in the 18th century were often dancing menuett as an important part of their formation, while the villagers were dancing folk dances at home, maybe in the living room or outside on the lawn. Even though society consisted of social inequalities, people still had one important thing in common: the joy of dancing!

In some of the tunes, Folk fra Follo has taken some artistic liberties concerning both dance practice, tempo and rhythm. On others, they have tried to be true to the tradition and the dance practices. This results in a convey of local folk music traditions merging with the creation of something new, here and now!

Marianne Tomasgård was born and raised in a small village called Nannestad (in Akershus). She was one of the front figures in the female fiddle band Honndalstausene, which toured at home and abroad and recorded several albums. For the past ten years, she has worked actively to immerse and convey the folk music traditions from Akershus and Østfold. This work has led to her current job as a professional consultant for folk music at Østfold Music Council and Akershus Music Council. Åsmund Reistad is born and raised in Bærum (outside Oslo) and discovered Norwegian folk music as an adult. Since then he has been involved in many folk music projects, including Trispann, Aasmund Nordstoga, Fimbul and Breibeint. On this release, they want to take the local music tradition out of old scores and bring them to life again.

Folk fra Follo is a Norwegian folk music duo consisting of Marianne Tomasgård on fiddle and Åsmund Reistad on guitars, mandola and double bass. Over many years, the duo has specialized in interpreting old sheet music from villages in the districts Østfold and Akershus in Norway. The two musicians show us the beautiful and exciting, but almost forgotten dance music from these districts. ... more

Bandcamp Daily  your guide to the world of Bandcamp

Stanley Ipkuss joins the show to discuss his latest release "Among Other Things."